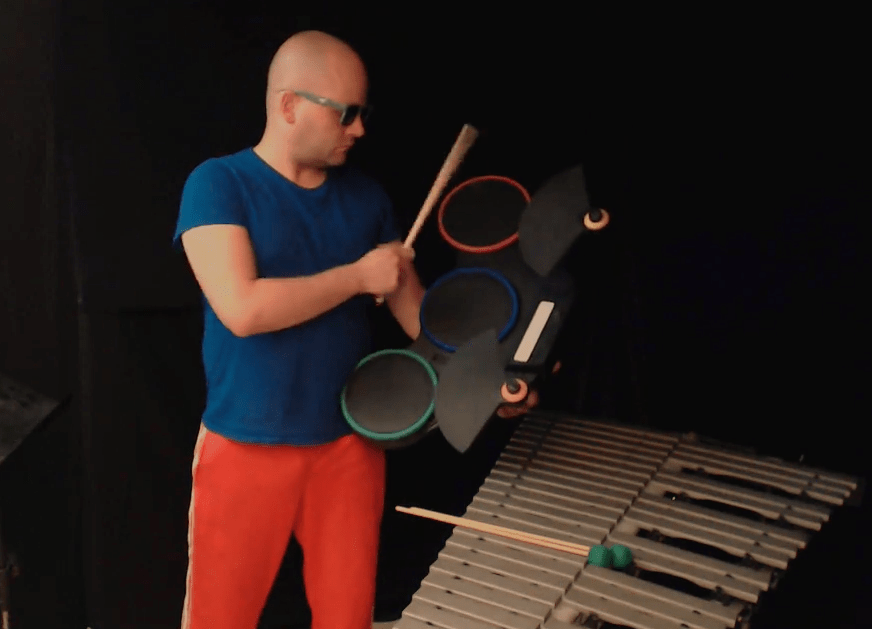 Background story
Some years ago I was thinking about how to make my bands ( Ego vs Emo ) performance more lively I had this idea about creating a drum set-up which would allow me to move around on stage. As I’m standing while playing in this band anyways and wanted to be even more pro-active, able to move and dance on stage, I thought this was a good idea but hard to realize. Using acoustic drums would have ment to have multiple sending/receiving audio units and set-up costs would have been very high and would have been not very handy at all – that’s why I thought about midi drums. As I’m playing a hybrid kit with a Drumkat and Roland triggers, all my electronic drum sounds are coming from Ableton Live anyways. I used the Wiimote in conjunction with a Wii-Guitar, so I was looking into Wii-Drums and got some 2nd hand ones of Ebay for, I think it was 15 Euros.
BUT – the latency was to high and even just using them for just one song as a special effect wasn’t an option. I tried if I could just hit them a bit earlier but this wasn’t working at all. A few weeks ago I stumbled over a forum where people were discussing that issue, this way I found out that the software, I was using to connect my Wiimote was updated to work with the Wii-Drums and gave it another try. It is know working much better then before, still latency is an issue but it’s now much better then it was before and I could start thinking again about using a move-able drum set-up for shows.

How is it done?
I am on a Mac, so this guide only works for OSX, as the software OSculator which translate the signals from the Wii-Drums/Wiimote is only for Mac. There are Apps for Windows as well, which will work with the Wiimote but I can’t say if they are any good for working with the Wii-Drums. Of course Max for Live is always a way to go as well, but as I have used OSculator for nearly a decade now on numerous shows and it never crashed or did anything weird, this is definitely a solution I can recommend as a stable solution.

What else do I use?
I use Ableton Live for triggering my samples (and in my video for recording and looping the beat I play), Ableton Live receives MIDI notes via an internal virtual connection (IAC driver) which are being send by OSculator. I can edit which notes are being created for each drum pad and I can send velocity as well, which to be honest wasn’t that useful, as the Wii-Drums are not sending that accurate velocity values and a very ‘quiet’/low velocity values – it is useable if you edit the velocity through the VELOCITY MIDI EFFECT in Ableton Live to a smaller and higher range, but if you are playing electronic music I guess you would be happier if you find a concept where you don’t necessarily need different velocity for your sounds. You could use OSculator for that purpose as well, but I think Ableton Lives midi effects are giving you a better control and if you want to switch between presets you can automate those switches e.g. when you start a new song/clip in Ableton Live.

The Wii-Drums has a few buttons left, which you could use to switch to next songs or presets in Ableton Live and, same as I do it in my video, you could use them to start/stop/loop recording yourself drumming, even the Wiimote itself has some buttons left you could use for this kind of stuff. If you want to go crazy, you could even use the position (X,Y,Z) of the Wiimote to send MIDI Control Change signals to change volumes or audio effects like filters or delays.

Overall with this set you will get a very flexible, wireless midi controller – if you not sure how to set up midi drums with Ableton Live, you could check out my video courses here!

Watch me how I use this set-up in this video: 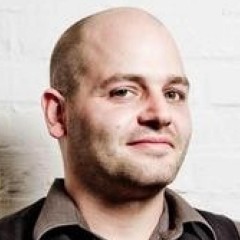